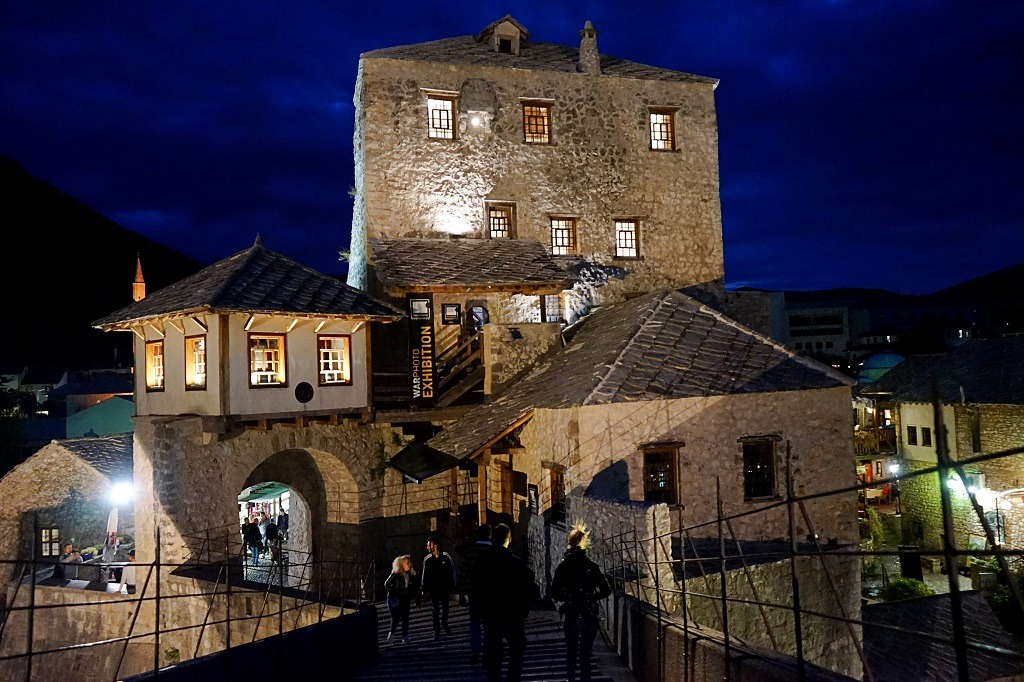 The whole of Europe is basically an open air museum. Every part in it has a long history, beautiful architecture, and interesting cultures. There are some parts/cities like London or Paris or Vienna that have been visited by many people and there some other cities that have a lot to offer but for some reason they are overlooked by most tourists. This makes this list of underrated Europe cities you need to visit all the more inspiring, because chances are you’ll find one you haven’t been to yet.

While travelling throughout Europe I made a list of cities that might interest you with their architecture, food, culture and history.

Slovenia is the country with the largest amount of underground caves. The country is famous for its beautiful nature, its castles, and stories about dragons.

Ljubljana is the capital and center of this country and has many things that will attract tourists. The city’s architecture is gorgeous, and in the center of the old town is a castle standing on a hill.

Ljubljana is also a very green city with a big river in the middle of it. The city has many beautiful bridges and one of the most famous is a bridge with big statues of dragons on either side.

People are very friendly here and the food is fantastic. And because it is an underrated city the prices are not crazy high for Europe.

Croatia has so many fantastic cities that you can visit, there are Split and Dubrovnik being the most famous ones, and there is also the beautiful Hvar island. Croatia has become a popular tourist destination due to one of the most famous TV-shows ever, “Game of Thrones”. Before that the majority of people didn’t really know how pretty Croatia is.

Nowaday there are crowds of tourists flying in and coming every day on cruise ships. We spent a month in Croatia and sometimes the tourist numbers were just unbearable (I know, I contributed to that as well). That is why Makarska was a perfect place to recharge ourselves and enjoy the beauty of this country without all the tourists.

Makarska is a small city on the coast. The old town is quite small, but nevertheless very beautiful. It is a perfect place for a few days’ quiet getaway; to eat delicious food, have long walks along the sea, and explore the old town without crowds.

We spent a week in Budva and I have noticed that there are not a lot of tourists overall and Budva is an incredibly beautiful place. It has a fantastic old town that overlooks the sea with thick defensive walls around it, thin streets and stone shops are a delight to explore.

The name of the country itself tells you a bit about nature. Montenegro, which means a black mountain, is a very suitable name for this part of the world. The country has many tall mountains that at different times of the day look different (at sunset the mountains looked purple to me and at other times black).

From Budva you can get to Kotor (30 minutes drive). Kotor is a more touristic city due to the cruise ships stopping by, but if you will stay overnight you will find that in the evening it is very comfortable to walk around and not crowded at all. During the day I advise you to jump on the boat and ride around the Kotor bay. The blue lagoon and a few small islands on the way are a great way to get out of the bustle of the city.

Due to a fairly recent war on the territory of Bosnia and Herzegovina, this country is not a popular tourist destination. People are probably still worried about their safety and that is why they don’t consider this destination as something worthy to visit. For those who think like that I can assure you that it is a perfectly safe and nice place to visit.

Bosnia and Herzegovina is probably one of the most underrated countries in Europe. I suggest for first timers that you start with exploring Sarajevo in Bosnia for its unique architecture, tradition, and culture. From Sarajevo travel to the center of the country where its gem is hidden – the old city of Mostar in Herzegovina. An amazing location in every way.

Mostar was named after its most beloved bridge in the center of the old town. The bridge has a moon shape, made of a white limestone, and looks amazing. All the buildings around are made of stone which makes the city even more charming.

It was in Mostar I tried the best sausages in my life. And because the city and the country in general is so underrated the prices are much smaller in comparison to other countries.

Turkey is a huge country where different cultures and different religions cross. Every part of this country has something to offer tourists. Starting with Istanbul which is full of Byzantine and Ottoman history, to Cappadocia with unique rock formations and culture. There is also Pamukkale which Turks call the eighth wonder of nature along with many Greek/Roman old cities like Ephesus, Hierapolis, and others. And every mentioned place has crowds of tourists every year. But there is also a beautiful big city that is underrated by tourists – Izmir.

Izmir is a city of students and a bit more industrial than Istanbul. Nevertheless there are some things you absolutely need to see in Izmir.  The Agora of Izmir is a Greco-roman city that is quite well preserved and not many people are aware of it. The ticket price to this historical site is ridiculously cheap compared to other similar places in Turkey. Not far from the Agora there is a Turkish wet market with food and other things. Our friend found a shop there where they make sandwiches from sheep brains (they basically use every part of an animal, not just meat). I know it might sound disgusting but if you like experimenting I will leave the location of this shop here. In the market you can find some street food vendors and get a nice grilled fish. And of course don’t forget that Izmir lays along the sea, so a beautiful walk is guaranteed.

I know, France is not one of the underrated tourist destinations, but not every city is as popular as Paris or Bordeaux for example. And Dijon is one of them, although you might have heard the name.

Dijon is located in the East of France. The city is famous due to the dijon mustard that everyone has heard of. Although not many people know that the city is much more than the mustard, especially the old town. It is quite big and has many beautiful streets with medieval buildings, huge cathedrals, and romantic restaurants.

Outside the walls of the old city there are a few nice parks with pretty fountains. The old buildings might surprise you since many of them look more German than French.

Dijon is a great city to spend 3 days in, buy some fantastic mustard, and enjoy great architecture without the huge Paris crowds.

What did you hear about Ukraine? Let me have a guess, something about Yanukovych, the president who went into exile, Russian aggression, and the most recent Trump-Zelenskyi scandal. That is probably all. Ukraine is an extremely underrated tourist destination.

Here are a few facts about Ukraine: it has a huge number of salty pink lakes on the south of it; Ukraine has one of the largest biosphere reserves in the world – “Askania-Nova”, where you can have a safari and see zebras, Przewalski’s horses, Saiga antelopes, wildebeests (Gnu antelope), buffalo, bison and others; Ukraine has many beautiful castles; Bukovel (Ukrainian Carpathians) is the biggest ski resort in Eastern Europe. These are just a few facts that not a lot of people know about.

Lviv is the cultural capital of Ukraine and is located in the west of the country near Poland. This is the most tourist-friendly city in Ukraine and even so, it is still one of the most underrated Europe cities. Most of the tourists are Ukrainians that come just for a weekend getaway. The city has a long history, at different times it was part of Poland, Austrian Empire, Soviet Union, and Independent Ukraine.

The old town is quite big and very charming. In the center of the city you will find Ratusha (town hall) and the city’s main square – Ploshcha Rynok, with 4 beautiful fountains along with romantic cafes and restaurants. The city takes pride in its restaurants. There is a whole list of amazing themed restaurants that you have to visit. Most of them are located in the center of the city in dungeons, hidden courtyards, and old Austrian buildings. The food in Lviv is excellent and quite cheap (for two people a nice dinner in a good restaurant including drinks will be around 30$).

Lviv also has a number of unique museums where you feel like you traveled back in time. The ticket prices are quite cheap –  $1-$3. Around the city there are many beautiful castles you can see (ask any tourist agency in the center of the city).

Lviv has so many things to do. There are themed restaurants and museums, cathedrals and churches, old huge dungeons and lookout points, castles and theaters, and much more. You definitely can come here for a week and not see everything the city offers.

By the way, Lviv is a student city, every 5th person in here is a student. Therefore the level of English and the amount of people speaking English is very high.

It seems as if I’ve written the most about this city in this list. Well, it makes sense as it’s actually my city and one of my favorite places to be in the world.

Safari In Ukarine: How To Visit The Askania-Nova Biosphere Reserve

Ukraine is a beautiful but undiscovered country by tourists, especially one of its regions – Kherson…

Learn To Ski In Bukovel, Ukraine

For those who are going to travel to Ukraine in winter, and always wanted to…