The Best Basements, Dungeons, and Cellars in Lviv 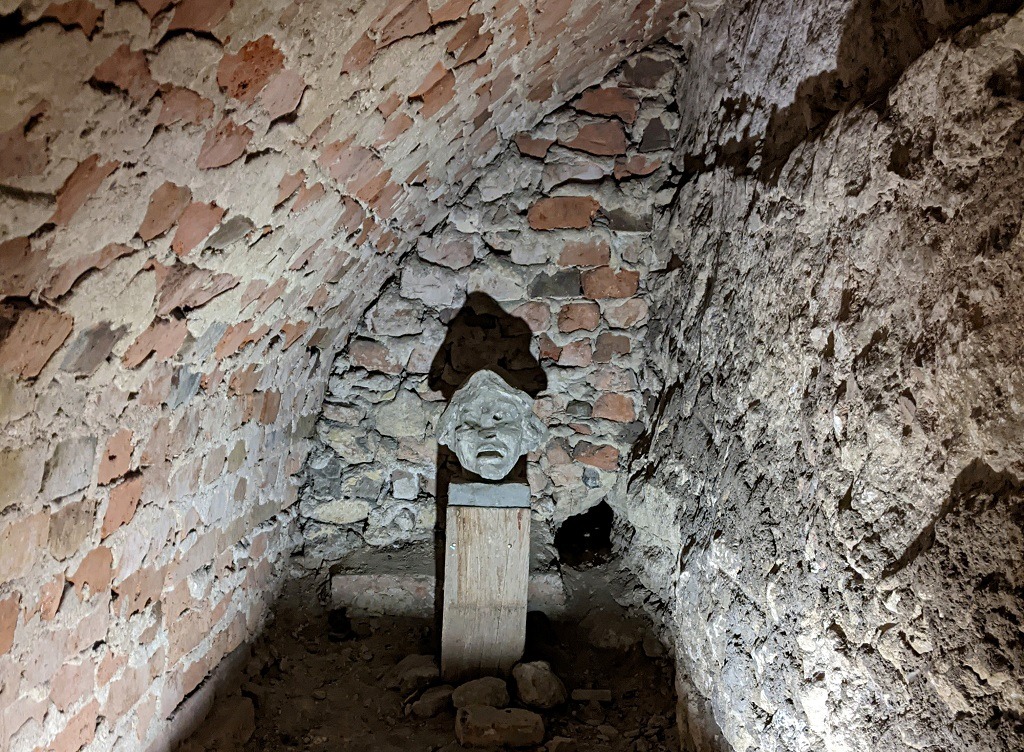 Lviv is an old city with an interesting and grand history. Many neighboring countries have tried to conquer Lviv and the territory around. The city had times when it was part of Kiev Rus (Ukraine), Poland, Austrian Empire, Soviet Union, and back to Independent Ukraine. During these times the city changed tremendously, building and rebuilding constantly. Every nation brought something to this city and left it here in the basements of the cities underground.  In this article I am going to tell you about some of the basements, dungeons, and cellars in Lviv that have been turned into museums, cafes, restaurants and even a coffee mine (I know how it sounds, but just keep reading and you will understand everything).

If you are going to visit Lviv check out my article: Things To Do In Lviv

Table Of Contents (The Best Basements, Dungeons, and Cellars in Lviv):

So the first underground that I am going to tell you is a crypt by Lviv’s river Poltva which was hidden a long time ago. If you have been travelling a lot you have probably noticed that every European big city lies next to the river, although there is no river in Lviv (at least the one you can see).

The hidden river of Lviv goes underneath the center of the city, including the Lviv Opera Theater.

And although it is not really allowed to get down into crypt, some of the people have found ways to explore this underground that many tourists are not aware of and frankly saying never will be.

Jesuit Church (Church of the Most Holy Apostles Peter and Paul)

This church is one of the oldest ones in Lviv and quite beautiful as well. This church also has a huge underground labyrinth of rooms and corridors that every tourist can visit.

The entrance to the basement is located behind the church (a small brown door). Just enter it and you will see a cashier. The ticket cost 30 UAH ($1) and you can pay here with your card.

The first room will have a few doors that you can enter and explore. The one straight in front of you leads to just a few rooms with some exhibitions and the second one (on your left) will take you deep under the church through the corridors and rooms that were used as cellars, for protection and for punishment as well.

Dominican Cathedral is one of my favorite churches in Lviv. It looks so medieval and reminds me of a giant that watches over Lviv at all times. It’s worth visiting this place even if you are not a Christian but just one who enjoys beautiful architecture.

The cathedral also offers visits to its basement. You can buy a ticket inside the cathedral and walk into the courtyard on your left. Be aware that the entrance to the basement is difficult to see until you get close to it.

This basement looks a bit newer than in Jesuit church, even though the Dominican cathedral is much older.

In some of the rooms you will see different exhibitions dedicated to the history of this cathedral. During my visit one of the rooms had an art exhibition that looked pretty dramatic in that old basement.

The Apteka Museum is one of the oldest pharmacies in the city. In the basements of this pharmacy a museum was created with old furniture that was used in the pharmacies, old and very interesting devices for making pills and other medicine, ancient scales, and many other things.

Since the Apteka museum is located in the center of the Lviv old town (Rynok square), the basement of this building is quite old and very interesting. There you are going to walk through a long corridor and a few underground rooms before getting into the inside courtyard.

This is one of the most interesting basements in the city. Due to a big love of coffee in Lviv, an idea was born of creating a coffee mine. This is a cafe – museum where you can sit at the glass terrace and have a cup of coffee or go down to the basement and see how coffee is mined in Ukraine. Of course it is a joke, but the place looks quite real and has its own special atmosphere.

Once you are in the basement of this cafe I do recommend ordering a special coffee – “Zapayana kava”. Sometimes called Coffee brulee or fire coffee, this type of coffee is served just in this basement and nowhere else. The important thing is that the coffee is also cooked in front of you.

Find out more about other Lviv Treats

Fifth Dungeon is one of the fairly new restaurants that was open just a few years ago. It happens to be located in the basement of one of the old buildings in the center of Lviv’s old town. The entire restaurant is located underground and it has a very creative theme to it.

The interior will take you back to the time of king Arthur, monks that made beer, and castles. This dungeon has a few rooms and while you are welcome to look around you can also try some of their craft beer. Although for those who like wheat beer, it is a bit sour for my taste.

Another restaurant that is located in a basement. This is a place that every tourist should visit. It is definitely one of the main things to do in Lviv, Ukraine. The food at Kryivka is very simple and quite affordable, but the atmosphere is amazing, especially if you are coming with a big group.

The restaurant has a war theme and according to that you will see lots of old guns (they are not working of course), you will be served in metal bowls and metal cups, the waiters are dressed like the military and there is an old military man that will meet you at the entrance and ask the password (if you even will be able to find the place).

The Best Basements, Dungeons, and Cellars in Lviv