Things To Do In Sharm El Sheikh 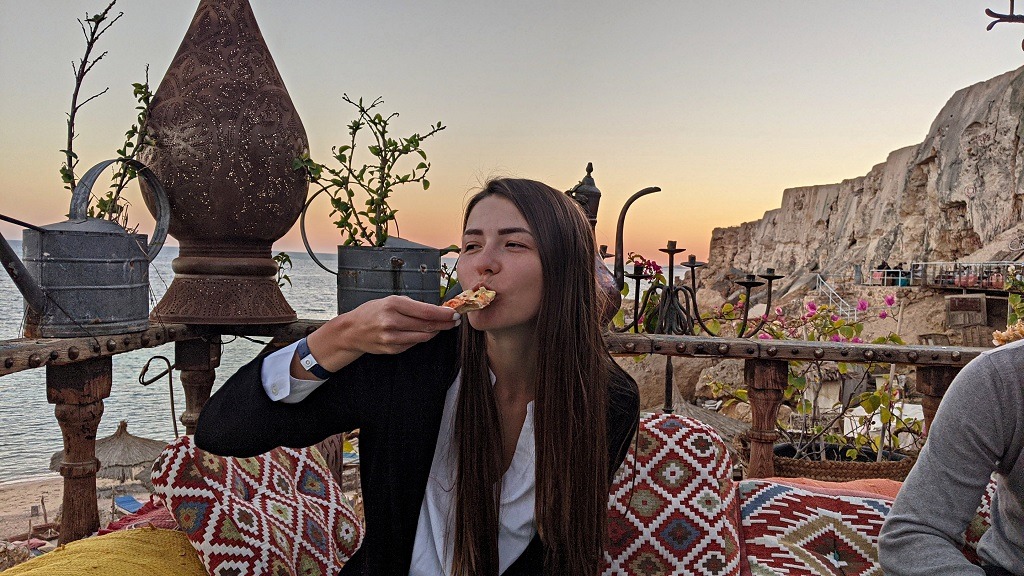 Sharm El Sheikh is one of the most popular tourist destinations in Egypt. It is located along the Red Sea as part of the Sinai peninsula and home to plenty of resorts for all budgets. In fact, Sharm El Sheikh was my first international job (resort animation team) almost 10 years ago! So here I created a list of the best things to do in Sharm El Sheikh.

I know the all inclusive resort vacation isn’t for everyone. In fact, I actually don’t like it very much as it is quite inauthentic. However for those people on a budget, or nomads who need a break from hosteling, Sharm El Sheikh does make a pretty relaxing and cheap vacation.

How To Get to Sharm El Sheikh

If you are in Europe the most convenient way to get to Sharm is by direct flight as part of a package vacation. I know, I’m kind of betraying most travelers by saying this, but it’s the truth. Eastern Europe is home to plenty of cheap flights, but companies like TUI bring holidaymakers from all over Europe every day. In fact, one of my American friends who lives in Ukraine decided to join us on this trip just to escape Ukrainian winter.

Where To Stay In Sharm El Sheikh

There’s no shortage of resorts for every budget in Sharm El Sheikh. In fact, more resorts open and close here than any other city I’ve lived in.

I would like to inform potential visitors of the pitfalls of relying on star ratings. If you book a five star resort in Sharm, it’s really more like a three star in most of the world. That isn’t to say there aren’t true five stars like the Four Seasons Sharks Bay (amazing by the way), but most of the hotels here are graded on a curve.

On this most recent trip I stayed at the Hilton Sharks Bay. For the price I can’t be mad (package deal: two round trip direct flights from Europe, deluxe room, all inclusive 7 nights for $680), but it really doesn’t deserve the Hilton name. Going by other Hilton properties I’d say it’s more on par with a Hampton/Doubletree mix.

For luxury on a non Four Seasons budget I recommend The Savoy, which has all inclusive packages for a week around $200 a night for two. I’ve also stayed at the Royal Grand Sharm located near the old market which was satisfactory.

Things To Do In Sharm El Sheikh, Egypt

I’ll admit I put this as number one because it’s the reason I came to Sharm El Sheikh on my most recent trip. The red sea is considered to have some of the best diving in the world, and it’s really affordable as well.

I obtained my PADI Open Water certification for $350 at a highly rated dive shop near my hotel in Shark’s Bay. In the course we did six dives, and I was able to see plenty of critters like spotted eagle rays, lionfish, great barracuda, and colorful butterflyfish varieties.

After you get certified you can take dive trips to places like Tiran Island or Ras Mohammed.

2. Shop At The Old Market

While not known for its shopping, Sharm El Sheikh does have a traditional Egyptian bazaar in the center of the city. You can of course buy plenty of souvenirs to bring home, or just stroll around and enjoy the atmosphere.

In the old market is a beautiful mosque which looks quite grand with the desert in the background.

3. Have Drinks At Farsha Cafe

Perhaps the most famous cafe in Sharm El Sheikh, Farsha is located just a few minutes drive from the old market. I recommend everyone visit Farsha Cafe for at least one evening.

The cocktails are decent and service is much better than what you get in most of Egypt. I’ve also ordered a couple of their pizzas and I was really impressed. I suggest their four cheese or seafood pizza if you get hungry.

While the cafe looks amazing all lit up at night, I recommend showing up about an hour before sunset to get a good spot, especially if you want to take some cool pictures for your Instagram.

4. Take A Day Trip To Dahab

Located about an hour and a half north of Sharm El Sheikh, Dahab is a quaint coastal town with a much more laid back vibe. In fact, it quite reminds me of Railay in Thailand with it’s chill “hippie” culture.

I of course visited Dahab to go diving, but there are things to do for non-divers as well. The seaside restaurants cook up some great seafood, and the public beaches are much less crowded than in Sharm.

5. Take A Boat Excursion To Tiran Island (And Snorkeling).

In every resort there will be salespeople pushing a variety of activities and excursions. While there are plenty of options, you should know that they charge way more than the real cost.

Taking a boat trip to do some snorkeling and visiting Tiran will cost anywhere from $10 to $100, it just depends on how you negotiate. I suggest taking a taxi to the main harbour and negotiating with the actual boat companies directly. Last time I booked a full day excursion for three people with lunch and snorkle gear included for just $25.

Clubbing isn’t my opinion of a good time, but when I worked in Sharm for 4 months we would take guests to the clubs every weekend. Just like with the tours, if you book a club trip through your hotel you’re going to pay way more than necessary.

The hotel I worked at would sell club excursions for $40 when the actual cover was just $3.

Most clubs have a cover charge and it can sometimes be as high as 300 Egyptian pounds, but you can actually negotiate with the doorman. If you are polite and friendly you can routinely get entrance for around 50 pounds (or even free if it’s a slow night).

Farsha Cafe is a place you must visit while traveling in Sharm El Sheikh, Egypt…