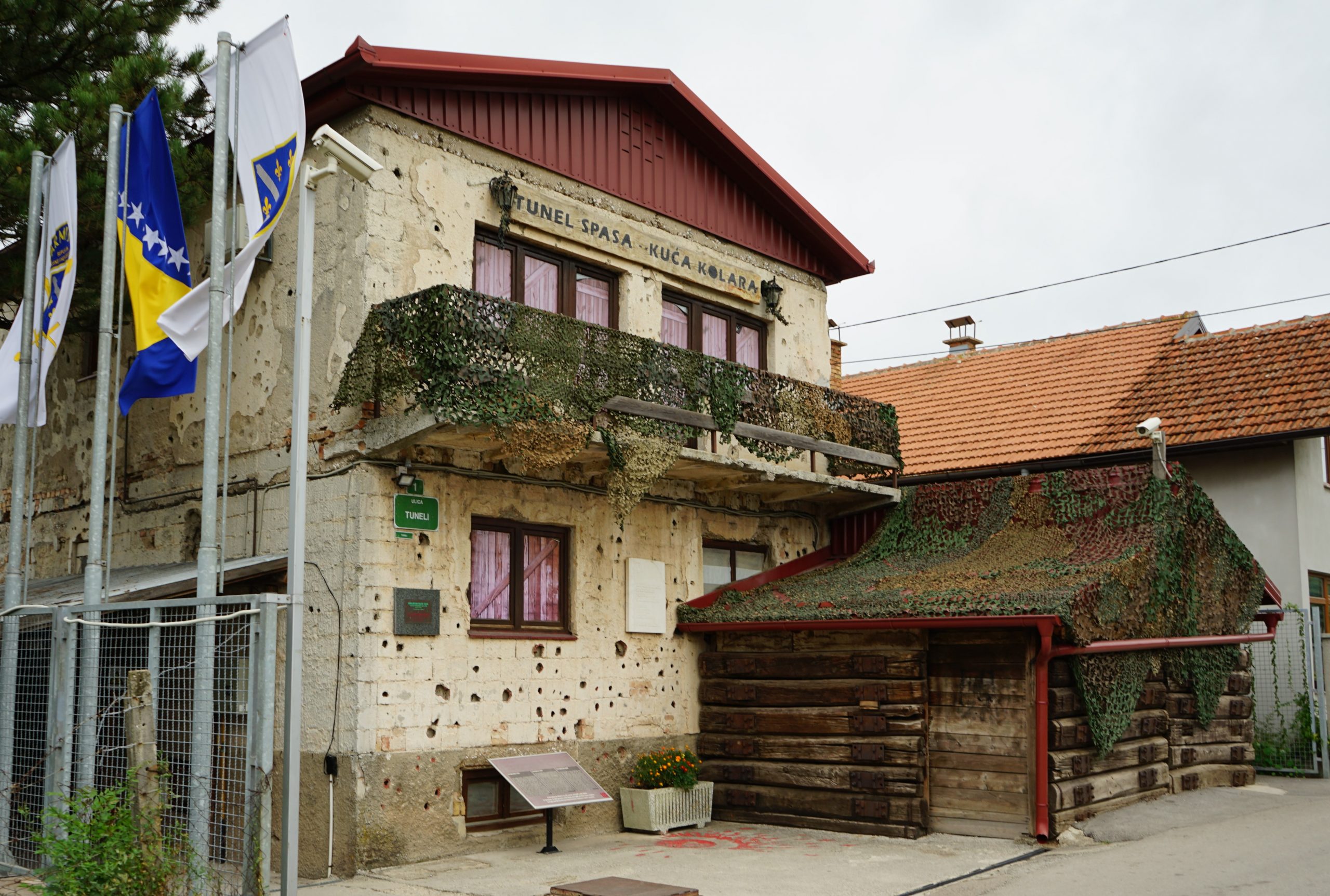 2. How To Get To The Tunnel

3. Key Facts About The Sarajevo Tunnel Of Hope

Visiting The Sarajevo Tunnel Of Hope

If you came to Sarajevo for a few days and it started to rain, don’t be upset, just visit the Military Tunnel of Hope. Rainy weather will create a special atmosphere for this place. We happened to go on a rainy day, as walking around the city was not going to be too nice. This tunnel is a good choice since it is of course underground.

The Tunnel of Hope is located not far from the international airport and was built during the blockade of Sarajevo. The blockade of the city lasted for almost four years and this tunnel was the only way between Sarajevo and the UN free territory. The length of the tunnel is 800 meters and the height is 160 centimeters. Nowadays it is a war museum and it is open for everyone.

How To Get To The Sarajevo Tunnel Of Hope

There are two ways to get to the Sarajevo Tunnel of Hope:

1. Catch a taxi. Taxi drivers will usually offer to wait for you and take you back to the center of the city. You won’t have to pay for the waiting time, but be prepared to pay about 50 KM = $30 for the round trip. This is the method I did as there were four of us and we did not want to wait for the tram in the rain.

2. Take the tram to Ilidza and get by taxi to the tunnel, it will cost you less.

Ticket price for the entrance is 10 KM = $6. Right now just about 20 meters of the tunnel is open for visitors. Walking through this little part of an actual tunnel it will give you the idea how small and uncomfortable it is, especially if you need to carry provisions or injured people. Outside of the tunnel you can find all the information about the blockade and an exhibition of military photographs.

Near the photo exhibition is a room with benches and a TV. A short film (20 minutes) about the tunnel during the blockade is being televised.

Be sure to visit the room at the entrance of the tunnel and the museum, which will give you an opportunity to understand more about how the tunnel was built and where it went.

On the territory there is a souvenir shop open for those who want to buy something to remember.

Although the Sarajevo tunnel of hope is basically outside the city and the theme of this place is war, I believe that it should be visited by those who want to understand better the culture and people of Sarajevo and what they had to suffer through during the siege.

Ten Lviv Museums You Should Visit