How To Visit The Kyiv War Museum and The Motherland 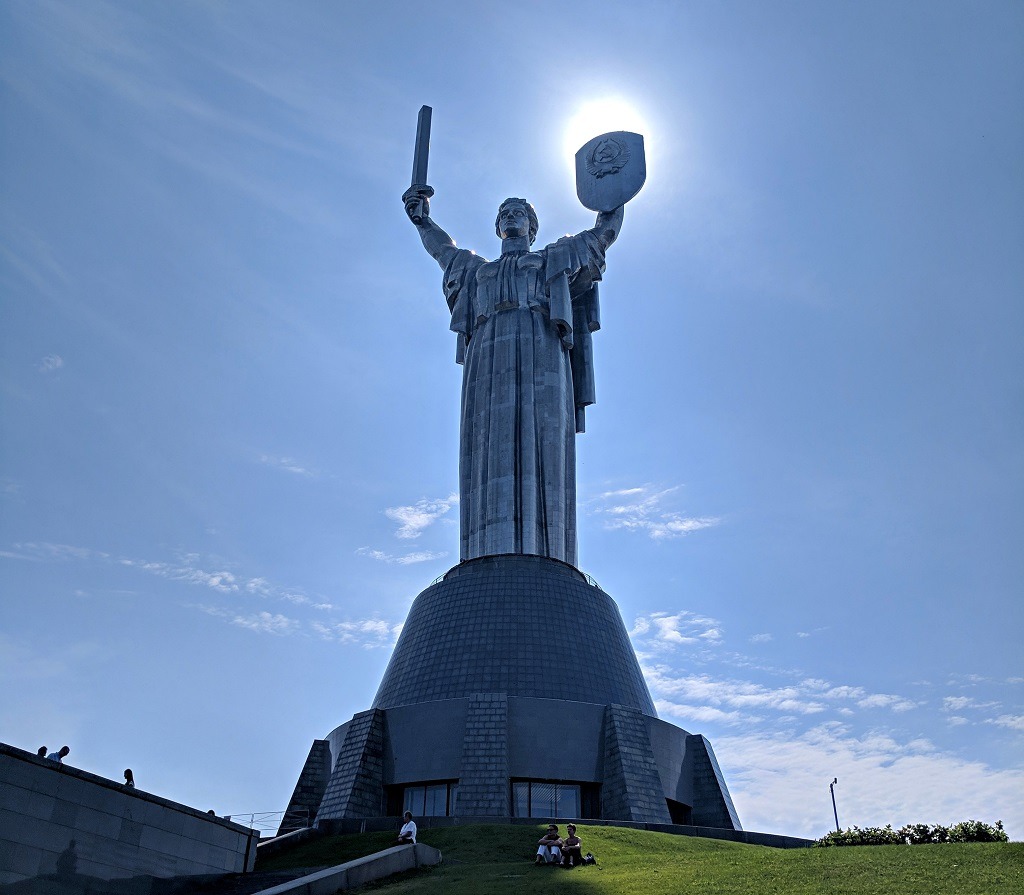 I cannot say that Kyiv is the most beautiful city in Ukraine. No, that would be a lie. Kyiv is a great city, but many bad things happened to it, including the World Wars, Soviet Union Regime and of course the corruption of Ukrainian government. How did it effect Kyiv? Well…. First, during the War a big part of this city was ruined, then during the Soviet Union were built ugly great boxes that people call apartment buildings, and then of course, with the corrupt government the city can’t develop since it is simply doesn’t get the money it needs. But despite all these factors, Kyiv has some gems that are worth visiting and admiring. One of those gems is the Ukrainian State Museum of the Great Patriotic War with the statue of the Motherland. This location is a part of my walking route around Kyiv (click here to check it out).

The Ukrainian State Museum of the Great Patriotic War is an open-air museum complex that lays on the right bank of the Dnipro river. The museum’s territory is almost 25 acres. The whole museum complex has a few different exhibitions. There is an exhibition of the war machinery including different types of tanks, a helicopter, war cars, and war planes.

One of my favorite ones is a gallery of bronze statues dedicated to soldiers of the second World War and their families. The statue of an old mother who is waiting for her son, or maybe who just lost him, is awfully heart-breaking.

After the bronze gallery on the left there is the Eternal Flame. The structure is quite impressive, although the Eternal Flame burns just one day of the year, on the May 9 when the Soviet Union celebrated the end of the War.

And of course, the highlight of the Ukrainian State Museum of the Great Patriotic War is a monument of the Motherland. The total height of the monument is 102 meters. The Motherland holds a shield (13×8 meters, 13 tons) in one hand and a sword (16 meters, 9 tons) in the other.

There are two elevators that can take people to the head of the monument. From there it used to be possible to get into both hands of the Motherland. Unfortunately, after a tragic accident in 2003 (a young man fell down from the observation deck) tourists are no longer allowed to go up the monument.

The basement of the Motherland has a museum inside that is open to the public. The museum offers information in both Ukrainian and English languages. Click here to check the time and the price.

If you have read any of my previous articles about Ukraine, you know that taxi are quite cheap here. So, the most convenient way to get to the open-air war museum will be by Uber. If you are coming from the center of Kyiv, the Uber price will be around $5 (usually less).

Another way to get to the Motherland and the war museum is by subway. Take the Red line and get out at the “Arsenal” station. By the way, the subway station “Arsenal” is the deepest station in Kyiv. From there just take a left and walk straight for about 15 – 20 minutes. On your way you will pass a small park with a monument dedicated to the Holodomor Genocide in Ukraine and the famous Kyiv Pechersk Lavra (monastery complex). The subway costs 8 UAH ($0.30).

Useful Phrases In Ukrainian For Tourists

Ukraine is quite a new tourist destination and it is becoming popular every year. Although…

Although Lviv is known as a cultural capital of Ukraine, Lviv is also a food…