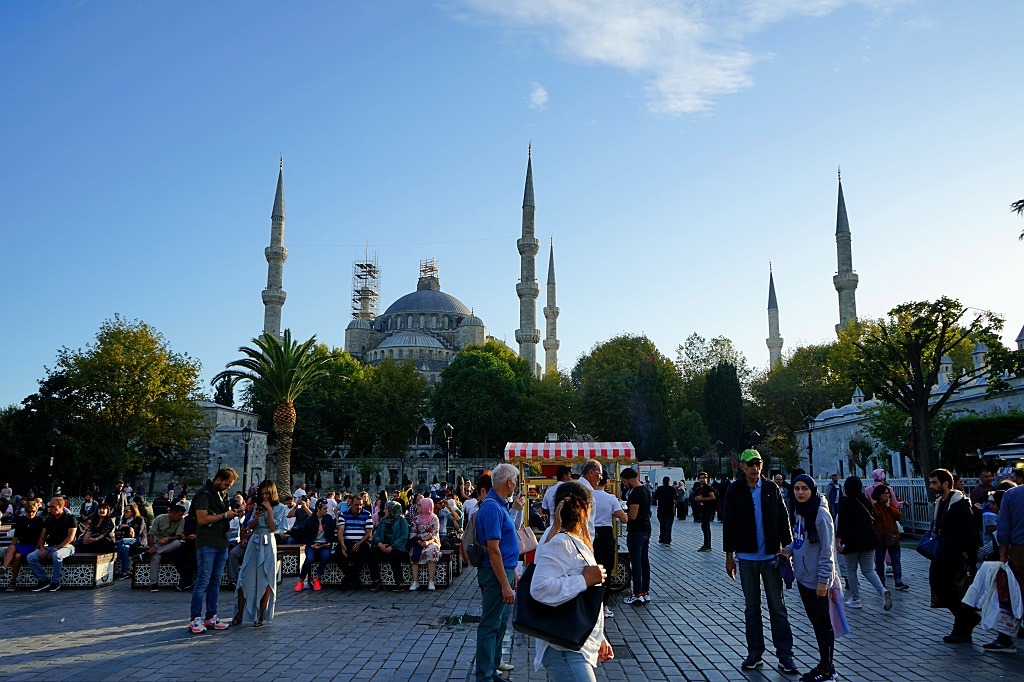 Turkey is an amazing country with a great history. This is the country where the east meets the west, the country that gathered all the ancient cultures. No wonder so many people want to visit this place, especially Istanbul. But each country has its own peculiarities and rules that must be followed. If you are going to travel to Istanbul, here are what you need to know:

If you brought your dollars or euros with you, there will be no problems exchanging them. But it is best to change money in banks and in no case at bazaars or tourist places.

Read more: 5 Foods In Istanbul You Have To Try

The most rainy months in Istanbul are: December, January and February; the least rainy is July.

Turkish is the official language of the country. English is also widely used in Istanbul, especially in the tourism sector. Tourists are often surprised how well Turks know English. If you are trying to use Turkish when you travel to Istanbul, it will be deeply appreciated and is considered good manners.

Also, one of the popular languages ​​spoken by the Turks is Russian due to the large number of tourists from Russia and other countries of the former Soviet Union.

Islam is the main religion in Turkey comprising most of the population (98.3%). Christianity is just 0.2% of the total population.

Being in a Muslim country imposes certain rules. For girls it is recommended to not wear too revealing clothes in holy locations. When you go to the mosque, put on a headscarf, knees and shoulders should also be covered as well.

Do not take photos of pregnant women or women in hijab as it is not allowed.

Because alcohol is forbidden by religion, not all the restaurants will be able to serve a glass of beer or wine. But in a tourist area it won’t be a problem.

During my travel in Istanbul, I can say that I did not feel any danger to myself as a tourist. But I felt a little uncomfortable walking alone, as men try to make acquaintances, and sellers of different goods try to invite you to their stores. But at the same time, no one insisted on anything and therefore to refuse the offer once is enough.

Of course, do not forget about pickpockets, there are plenty of them. Especially in the Grand Bazaar and Spice Bazaar. Be aware of your things and your surroundings.

As for the hotels, we left our laptops and documents on the table/in the drawers and nothing was missing, but it is generally recommended to use the room safe just to be extra secure.

Although Istanbul is a progressive city, you should still not behave impudently, remember that you are in a foreign country and have to play by their rules.

Almost everywhere in the restaurants we paid with credit cards, but there were cases that accepted only cash. Therefore, it is better to prepare and stock up on cash. Especially if you go to the bazaars.

Tip: If you want to buy souvenirs in Grand Bazaar or somewhere else, be sure to bargain. This is one of the Turkish traditions, so if you do not bargain, you will pay few times more than the real price.

You need a magnetic card to use public transport (boats, subways, trams and buses). It is possible to buy such a card at small kiosks near all subway stations, bus stops and piers. It is called Istanbul Kart. This card cost only 7 TL and you can add credit as much as you need.

If you want to rent a car it is not that difficult in Istanbul. The rental companies require you to have a photo ID licence. If your license does not have a photo ID then you should get an international drivers permit before you travel to Istanbul. But it is nice to have an IDP anyway.

Although Istanbul is a very touristic city, it is not as expensive as one might think. Hotel rates are not as high as other world capitals, so if you are on a tight budget you probably can find something decent for $20 per night. If you want a nice hotel in a central location, great deals can be found for as little as $60 a night.

For dinner you also do not need to overpay, if you do not eat in a tourist-centric area. You can find a decent meal for $10-15 per person.

Restaurants: as a general rule, you are expected to tip 5-10% in restaurants and bars if the service was good.

Hotels: at the hotel depending on the services the staff provide you tip between 5 to 20 TL;

Taxi: In Turkey you don’t tip the taxi driver, but passengers usually round up cab fares

Ten Things To Do In Istanbul